In 1960, FDA approval of the first hormonal contraceptive—more commonly known as “the pill”—revolutionized sexual and reproductive health, giving women unprecedented control over their fertility for the first time in history. Today, there are a range of contraceptive products available to women across the globe. Of the over 30 MPTs in the product development pipeline, 18 have a contraceptive component combined with protection against select sexually transmitted infections (STIs), including HIV, herpes simplex virus (HSV), and chlamydia. Still, women around the world need more choices. As a woman’s needs change and evolve over her lifespan, having a suite of product options for protection against unplanned pregnancy, HIV, and other STIs remains critical. 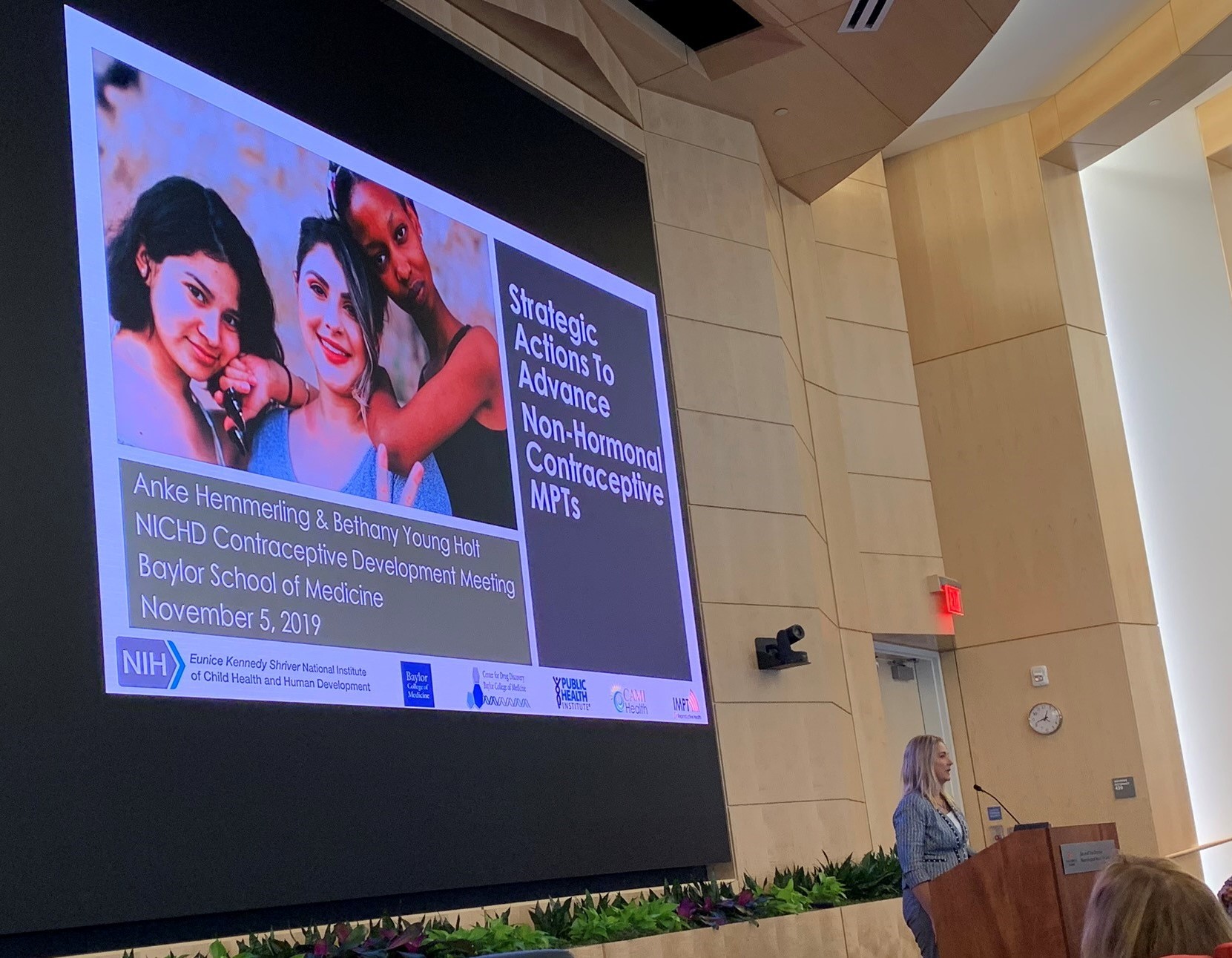 To inform strategic actions for non-hormonal contraceptive MPTs the Secretariat began by conducting a landscape review of all female and male non-hormonal contraceptives. This review was informed by a search of relevant projects and research in both the peer-reviewed and grey literature, news articles, funding notices, and databases (e.g., grants.gov), other product databases (e.g., NIH rePORTER, Calliope (the Contraceptive Pipeline Database), and the MPT Product Development Database. We also conducted key informant interviews (KIIs) with more than 30 scientists from around the globe with expertise in non-hormonal contraceptive development, medicinal chemistry, clinical research, as well as infectious disease prevention. These interviews were transcribed and coded, and key themes were identified.

From these key themes have emerged six proposed strategic actions, which were presented for critical review and feedback to a group of nearly 40 contraceptive development and infectious disease experts,  some of whom participated in the initial KIIs, at a breakout session facilitated by the IMPT’s Drs. Bethany Young Holt and Anke Hemmerling during the NICHD’s annual Contraceptive Development Meeting.* The meeting, co-hosted by Baylor College of Medicine in Houston, Texas, centered around innovative approaches in contraceptive development—prominently featuring non-hormonal contraceptives, MPTs and male contraceptives. 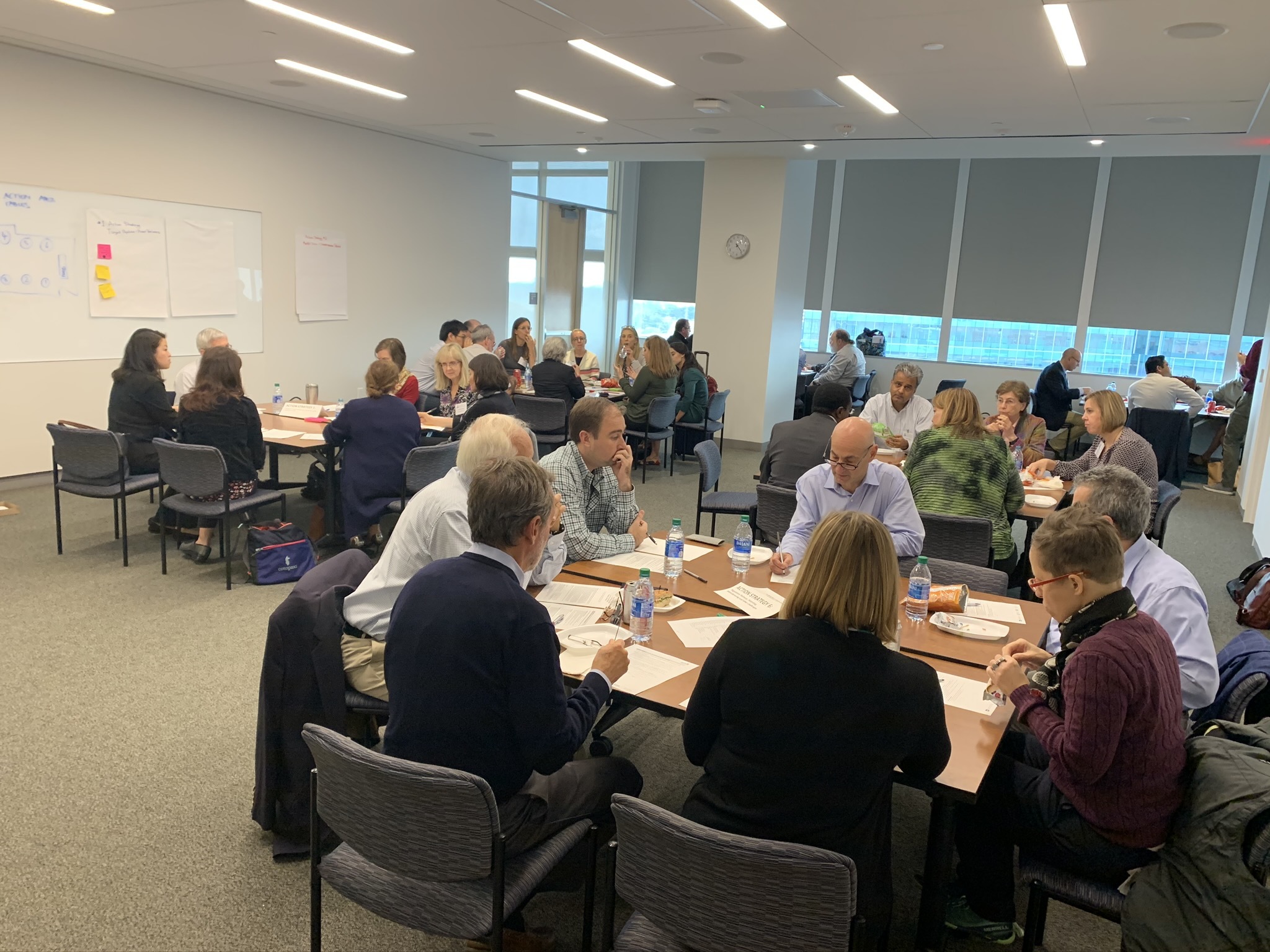 It is our hope that the priority action strategies for advancing non-hormonal contraception will serve as a set of guidelines for the MPT field, directing focus to where work is most needed to bring this important suite of prevention options to women who need them most.

*Note: The forthcoming work described around non-hormonal contraceptive MPTs is a product of the IMPT and does not represent the position of NICHD or the National Institutes of Health (NIH).

This post was also published on the Contraceptive Technology Innovation (CTI) Exchange Blog. CTI Exchange brings together a consortium of global partners to generate and share resources on contraceptive research, development, registration, and introduction.

Any thoughts? Contact us to learn more about the submission process.
The IMPT is the first & only initiative dedicated to advancing the field of multipurpose prevention technologies (MPTs), products that combine HIV prevention, other STI prevention, and contraception.

The Initiative for Multipurpose Prevention Technologies (IMPT) is a project of CAMI Health, a social impact organization dedicated to improving the health of women and their families worldwide. CAMI Health is housed at the Public Health Institute (PHI).

This project is made possible by the generous support of the American people through the United States Agency for International Development (USAID) under the terms of Cooperative Agreement #AID-OAA-A-16-00045. The contents are the responsibility of the IMPT, CAMI Health, PHI, and its partners and do not necessarily reflect the views of USAID or the U.S. Government.
© Copyright 2020, Public Health Institute / CAMI Health / IMPT Secretariat. All rights reserved.